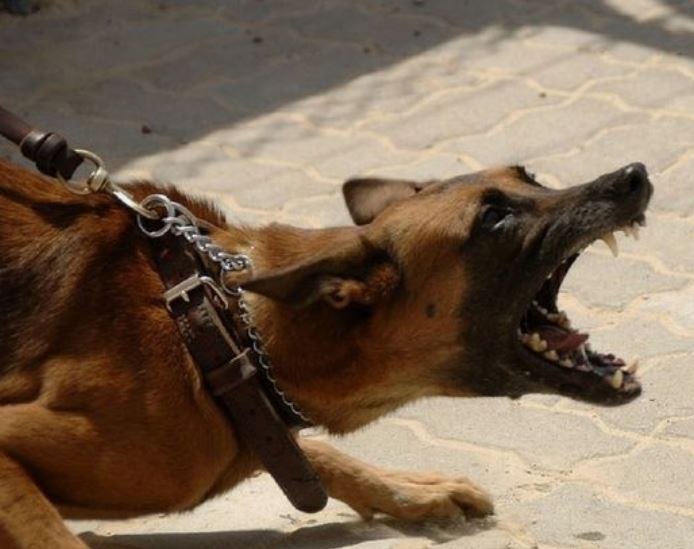 We’ve all seen dogs that bark excessively, and this isn’t usually a cause for concern, but what happens when your dog starts barking at you? It can be a little intimidating and concerning when your dog barks at you, and it only makes sense to want to get to the bottom of the issue as soon as possible.

Over the course of today’s guide, we’re going to look at some of the main reasons why your dog would bark at you and what you can do to stop this from happening.

Reasons Why Your Dog May Be Barking at You

As with any issue related to dogs, determining the source of the problem is the first step towards preventing it, so let’s take a look at some of the principal causes of dogs barking at their owners.

The most common reason why dogs bark may also be one of the reasons why your pet has suddenly directed its barking at you. Much like children, dogs aren’t very effective at containing their emotions, and one of the easiest ways for a dog to express its excitement is by barking.

There are many reasons why your dog may be excited to see you, and one of the most common ones is that your dog simply loves you. Dogs consider their owners and family to be their pack, and just like you’re sometimes excited to see the people that you love, so are dogs.

Other reasons why your dog may be excited to see you include associating you with food. If a single member of your family is responsible for feeding your pet, then your pet may create an association between that person and food. Barking at them may be a simple way for your pet to ask for food, in that case.

Another reason why your dog may be barking at you is due to it being particularly bored and looking for a bit of excitement in its day. This is becoming more and more common in the age of COVID-19, as dog owners are taking their pets out less frequently to abide by social distancing regulations.

If a dog is left indoors all day, it won’t have much to do since dogs aren’t as accustomed as humans when it comes to being indoors all day. How your dog feels after spending an extended time indoors is likely similar to how a nature-lover would feel if they were confined to their home.

Going outside allows dogs to burn off their excess energy, so sooner or later, a bored dog will have to find an outlet for that energy. Barking at you may be a way for your dog to bring some excitement into its life when it’s bored. It may also be a way of letting you know that your dog wants to have some fun.

Separation anxiety is another common reason why your dog may be barking at you. If you’ve been working particularly long hours and your dog hasn’t seen you around the house too frequently, you may notice that your pet has suddenly taken to barking at you whenever it sees you.

This can be combined with some of the factors that we’ve already mentioned, like excitement. A dog going through separation anxiety will naturally be excited to finally see its owner after a long day. Your dog may even be expressing sadness or frustration at being separated from you when it barks at you.

Along with barking at you, it’s likely that your dog is barking when you’re out of the house when it’s dealing with separation anxiety. Set up a camera or ask your neighbors if your dog has been barking while you’ve been gone from the house.

One of the most common reasons why a dog may be barking at its owner is because it wants attention. What better way to attract your attention than barking at you? This typically doesn’t mean that your dog is trying to threaten you, but rather that it wants you to pay more attention to it.

There are many reasons why your dog may want your attention, and once again, this reason is linked to some of the other explanations that we’ve observed so far. For example, a dog that wants to eat will bark at you to get your attention so that you can fill up its plate.

When a dog barks at you for attention, the barking typically won’t continue past the point that the dog gets what it wants. However, if you want to iron this kind of behavior out of your dog, you’ll have to train it to stop barking before it gets what it wants, as you’re otherwise reinforcing the bad behavior.

Other reasons why your dog may want your attention include asking for food or treats, and this is one of the reasons why you should be sparing with the treats that you’re giving your canine friend. Finally, the reasoning may be something a little more innocent, like merely wanting to play.

Don’t forget that dogs are naturally territorial animals, and protecting that territory is hard-wired into them, even from other members of their pack (that’s you). If you notice that your dog only barks at you around a certain area of the house, your pet may perceive you as infringing on its territory.

Health issues that can cause territorial impulses that lead to barking are typically found in older dogs, and the problems are usually mental. Most of the time, older dogs that are suffering from dementia may suddenly act strange toward their owners, and this can explain a pet’s behavior if it has suddenly started barking at you.

Fear or alarm may cause a dog to bark at you, even if you’re the animal’s owner. A lot of the time, this fear is due to matters that may be out of your control.

This problem is much more common in dogs that have been adopted, as you usually don’t know much about their upbringing.

Fear is usually caused by a dog experiencing something traumatic earlier in its life and being reminded of that situation. This can often be a sticky situation to deal with, especially if your pet is suddenly afraid of you, as you can’t really help train the fear out of it when it’s afraid of you.

Keep in mind that this is one of the least common reasons why a dog may have started barking at its owner. Unless a pet is dealing with an abusive owner, there’s no logical reason why it should be afraid of them, but when it comes to mental conditions and stress, the outcome isn’t often logical.

How To Stop Your Dog From Barking At You

Never Yell at a Barking Dog

One of the most important things to do when you’re trying to get a dog to stop barking is not to play the game. This means that you should never raise your voice at a dog that is barking. A common mistake that people make when dealing with dogs is assuming that they perceive things in the same way we do.

When humans raise their voices, other people realize that they’re upset. Your dog, on the other hand, will perceive you yelling at it as joining in with their barking. This will encourage your dog to bark louder and more frequently to match you, so keep your voice low but steady when dealing with a pet.

If your dog often barks at you to get your attention so that it can have food, the last thing you should do is give it food to get it to be quiet, as this will cause the pet to keep barking. When you give a dog food after it barks at you, it sees this as a reward for barking, so it will keep doing it to get more food out of you.

Along with food, this is how you should handle a dog that barks for anything else, including treats or going out on a walk. By giving into your dog’s wishes, you’re taking one step further away from being to address the reason why your dog is barking in the first place.

If All Else Fails, Enlist the Help of a Canine Behavior Specialist

Dogs are hard creatures to decipher, and there’s nothing wrong with admitting that you may not be qualified to deal with the issue on your own terms.

If you want to get your dog to stop barking at you as efficiently as possible, you may wish to hire a canine behavior specialist that can figure out the root of the issue and address it directly.