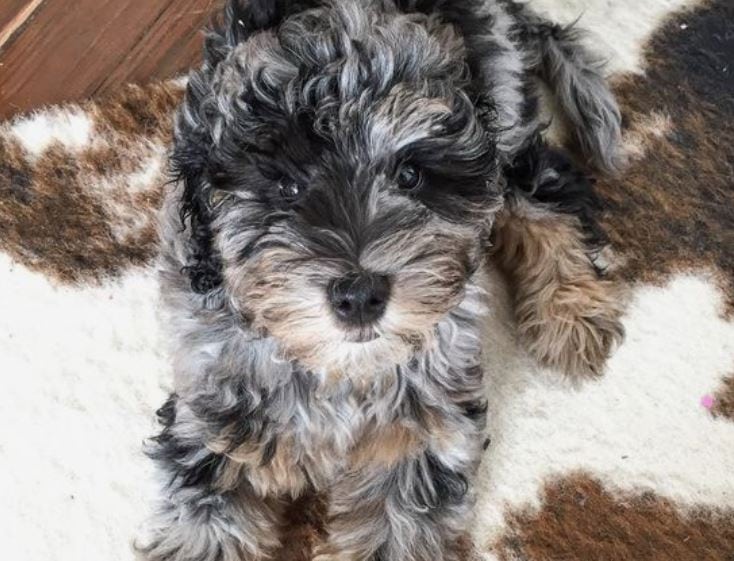 In today’s guide, we’re going to take a look at some of the reasons why dogs tend to scratch carpets. Some of the reasons are innocuous while others may be signs of illness, so it’s important to determine why your dog is scratching the carpet. We’ll also go over some of the things you can do to cut that behavior out.

Figure Out the Underlying Reason

The most important thing to do when you notice your dog scratching the carpet is to determine the reason why your pet is doing so. When you know why your pet is tearing away at your rugs, you’ll know whether or not the issue is severe and you’ll also make it easier to figure out a solution.

Anxiety is one of the most common reasons why your dog would want to scratch the carpet. Often, one of the reasons why dogs scratch away at softer surfaces like carpets is because they’re trying to dig a hole since the feel of a carpet reminds them instinctively of the kind of terrain they could dig their way into.

When dogs are feeling anxious, they try to dig a hole so they can hide from the things that are causing that anxiety. This is due to their instincts left over from their ancestors who used to live in the wild. Digging a hole and lying low is a great way to hide from potential threats, no matter what species you are.

Some of the main causes of anxiety in dogs that can result in them scratching at the carpet can include thunderstorms, but this instinct can also be triggered by more innocuous sources. This includes strangers coming over to visit for the first time or even a smell that your dog may not like.

Boredom or Too Much Energy

If a dog has too much energy and it’s too excited, then it will try and find an outlet for that energy. Since dogs instinctively dig or scratch away at things like carpets, there’s a good chance that trying to scratch away your new carpet may be an outlet for your canine buddy’s energy.

There are many reasons why your dog may be feeling too energetic and like it needs a release. One of the most common reasons why dogs have excessive energy is because they aren’t being taken out often enough or for a long enough time. A great way to deal with this is to take your pet on runs where it’ll be too exhausted to cause any trouble afterward.

Excess energy goes hand-in-hand with boredom, so if your dog doesn’t have enough things to do to keep it occupied, it will create its own form of entertainment. Helping your dog deal with its boredom is possible in many ways. Sometimes, it’s as simple as buying your pet a chew toy.

There are also a few illnesses that can lead to dogs scratching a carpet. Keep in mind that this is one of the less common reasons why dogs do this, so if you’re concerned about your pet hearing this, remember that it’s much more likely to be one of the alternative reasons we’ve presented.

Some of the common conditions that can lead to dogs trying to scratch through carpets include hormonal issues like thyroid imbalances. Dogs with a thyroid imbalance will often commit to destructive behavior like scratching carpets, tearing up furniture, or scratching the walls of your home.

Along with hormonal imbalance, dogs can also engage in erratic behavior because of brain tumors. This is typically a concern in older dogs that have suddenly started acting strange, as they are at higher risk of cancers that can cause brain tumors and the behavioral shift is a lot easier to perceive.

Changes in temperature can also lead to your dog scratching at the carpet, and this is once again linked to their instinct to dig themselves into a hole when in adverse conditions. Dogs’ ancestors once lived in the wild, and this was their only way to protect themselves from temperature shifts.

In the case of severe heat, digging a hole and pressing itself to the ground will allow the dog to cool itself off. This is because the lower layers of soil tend to be much cooler than the ground that the sun has been beating on. When a dog presses its body against this cool soil, it cools itself off.

Make sure that your dog isn’t suffering because of the temperature in your home when you notice it trying to dig a hole through your carpet.

As with many other canine issues, a frequent cause of carpet scratching may also be simple behavioral issues. This is prevalent in dogs that have been adopted, as you don’t know who trained them, and the dog may be exhibiting these behavioral issues because it was poorly trained.

Keep in mind that behavioral issues aren’t always because of a dog being badly trained, as even a well-trained animal may start exhibiting signs of poor behavior very suddenly. If this happens, it helps to take swift action to deal with the behavioral problem before your dog starts thinking the way it’s acting is normal.

Another common cause of dogs scratching is not feeling welcome in the home’s hierarchy. If a dog has a hard time establishing its place in the house, then it will start to become territorial, and one of the ways that dogs often establish their territory is by trying to dig a hole in their region.

While this may qualify as a behavioral issue, it’s also a mental condition, so we figured that we’d give OCD its own section in the guide. OCD may normally be a human condition, but you’d be fooling yourself if you didn’t think that our pets can suffer from it just as easily as we can.

Scratching away at the carpet may be a sign of a dog suffering from OCD, as they have a compulsion to scratch away at it. One way you can determine if OCD is causing it is by seeing whether your dog is only scratching at one carpet. If your pet is obsessively scratching away at a single spot, it’s likely OCD.

However, this doesn’t mean that dogs who scratch away at multiple carpets aren’t suffering from OCD, as the condition is exhibited in many forms. Some other destructive behavior patterns associated with OCD include chewing on furniture, pacing around the house, and licking things nonstop.

How to Stop Your Dog From Scratching the Carpet

Here are some of the techniques that you can use to stop your dog from scratching up your carpets.

Take Your Dog to the Vet

When your dog starts acting strangely, you’ll want to bring it to the vet to ensure that the carpet scratching isn’t caused by a more serious condition. Since this can be a sign of serious illness, the sooner you can get it diagnosed, the sooner you can start pursuing avenues of treatment.

Your vet will be able to determine whether your dog is just acting weird or if there’s something that you should be concerned about. This will also make it easier to figure out how you can stop your dog from scratching the carpet in the first place.

Keep Your Dog in a Part of the Home Without Carpets

One of the simplest ways to stop your dog from tearing up the carpets in your home is not to allow your pet in parts of the house that are covered in carpet. In many cases, this should be a temporary solution that you use while you’re trying to fix the underlying issue that’s causing the carpet scratching.

If you only have one or two rooms in your house that have carpets, it may be more realistic to keep your dog out of those rooms to maintain the integrity of your rugs.

Use Protective Mats Over Your Carpets

Another way to prevent your dog from destroying your carpets is by placing protective mats over them. Once again, this is ideally a temporary measure that you can implement while you’re trying to get your dog to stop scratching the carpets.

This is particularly useful at protecting expensive rugs that you really don’t want to see damaged.