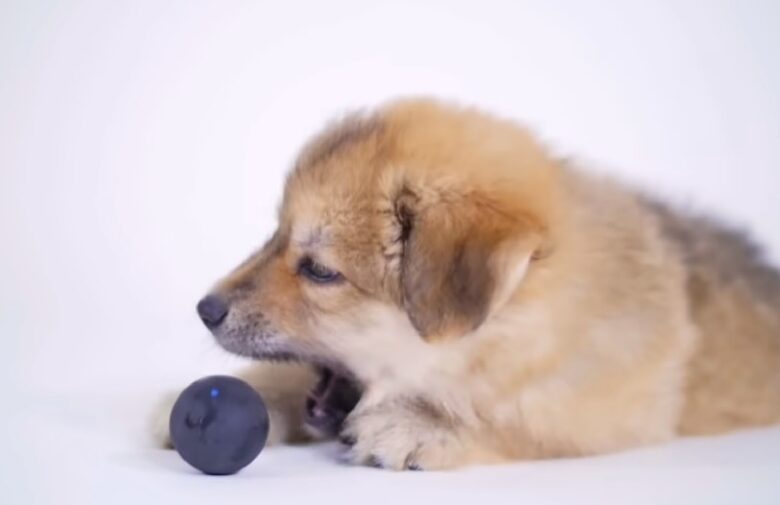 Dogs seem to have a weird opinion of how to have fun, especially when you contrast it with what we humans do to enjoy ourselves.

Our canine friends tend to get excited by some of the most mundane things, and other things that they do maybe outright weird to us, including rolling around in dead things.

If your dog has ever come across the smelly carcass of another animal, odds are that it tried to roll around in the mess, earning itself a trip straight to the bathtub. Today, we’re going to explore why dogs like to roll around in dead things and whether there’s any way to stop them from doing so.

Of All the Things Your Dog Can Roll Around In, Why Dead Things?

Because of the natural process of decomposition, the organic material of a carcass starts to break up after death. This has the unpleasant side effect of creating the telltale smell of death. This smell is the very reason why your dog wouldn’t mind rolling around in a pile of dead squirrels.

This shows that dogs have a compulsion to roll around in smelly things and not dead things, though these two can often be one and the same. However, not all smelly things are dead, and not all dead things are smelly (especially if the animal has died recently and decomposition hasn’t taken its toll on the carcass).

Reasons Why Dogs Like to Roll in Smelly Things

There are many reasons why a dog may end up in a pile of filth trying to slather an unpleasant smell all over its coat. In this part of our guide, we’ll take a look at some of the most common hypotheses as to why dogs do this.

Keep in mind that this behavior hasn’t been studied enough to come to a concrete conclusion, so there are a few competing theories.

An Instinct to Cover Their Scent

Dogs and their ancestors have shown a tendency to cover their scent in ways that can disguise them from other animals with a sharp sense of smell.

There are two hypotheses as to why dogs and their wild ancestors may have wanted to cover their scent, and both have to do with hunting.

In the first case, researchers posit that dogs and wolves like to cover their scent so that they will be recognizable to the species that they’re trying to hunt.

When a prey animal smells something like a pile of poo getting closer to them, they won’t be as threatened as they would be if they could smell the telltale signs of a wolf.

On the other hand, covering their natural scent may be a defense mechanism for wolves and dogs, as this also works in reverse. When more dangerous predators are trying to find a wolfpack, they may be put off by the strange scents in the air, and they may not realize that they’re pursuing the pack in the first place.

This can confound the efforts of the animals that are trying to harm the pack, so both of these theories have some merit to them.

To Bring an Interesting Smell Back to the Pack

Since dogs can’t communicate as efficiently as we can, rolling in smelly things may also be a way to bring an interesting smell back to the pack. Instead of having to bring the entire pack to the area where the member found the strange smell, it can instead roll around in it and allow its packmates to smell it.

This will allow the members of the pack that are higher in the hierarchy to determine whether or not it’s worth returning to the site to investigate further. For example, if a pack member brings back the scent of a freshly killed animal, then the pack will naturally go that way to eat.

However, bringing smells back to the pack isn’t always in the interests of hunting. Studies have shown that wolves are often interested in human-made smells like perfumes. A lot of the time, dogs may roll around in something that smells weird just because of their inquisitive nature.

To Create a Sense of Togetherness

Yet another reason why dogs and wolves may like to roll around in strange scents is to establish a pack identity. By rolling around in something that smells weird, they can all start smelling like that, and since dogs have such a refined sense of smell, this created a sense of unity within each member of the pack.

Along with helping reinforce the spirit of the pack mentally, having a specific scent on their coats also potentially serves a functional purpose. For example, if a member of the pack were to be separated from its compatriots, it would be easier to find them if they all share the same distinctive smell.

While two different wolves from different packs may smell somewhat similar, if one of those wolves smells like moose dung, then a pack member will know that it’s a member of its own pack.

Depositing Their Own Scent to Recognize it Later

Dogs and wolves also aren’t the best navigators, as they rely on their sense of smell to create landmarks in their minds so that they can return to a place. By rolling around on the ground in an area that they previously found interesting, a canine may be able to improve their chances of finding that spot later on.

This is because the canine’s smell will be deposited on the smelly surface just as surely as the smelly surface will end up in the dog or wolf’s coat. Being able to smell itself in the environment may make it easier for a member of the pack to lead the rest of its compatriots back to the point of interest that was discovered.

Rolling as an Insect Repellent

This also depends on the exact kind of insects that the animals are trying to repel, as flies may be attracted to foul-smelling things, but this may not be the case for all insects. While this theory isn’t considered as likely as some of the previous ones, it may still hold some merit.

Should You Stop Your Dog From Rolling in Smelly Things?

Since it’s in your pet’s instincts to roll around in smelly things, many pet owners wonder whether they should try to train it out of their dogs in the first place. Remember that a lot of negative attitudes in dogs are caused by their instincts, and those have already likely been trained out of them by the age of two.

There’s nothing inherently wrong with training a dog to stop doing things that are instinctual to it, as long as they don’t serve a beneficial purpose. Since you’re essentially your dog’s pack, it isn’t exactly helping you out by bringing back a pile of foul-smelling stuff on its fur, so it isn’t necessarily a bad thing to train this habit out of a dog.

How to Stop Your Dog From Rolling in Smelly Things

Discipline Your Pet Firmly But Not Angrily

As with any kind of unacceptable behavior, you’ll want to be sure to punish your pet for doing it firmly but without getting angry at them. Angry punishment will only serve to make your pet afraid of you, and this will make it even less likely to listen to your training instructions.

Always use a calm, level tone of voice when trying to train your dog to stop rolling around in smelly things. Be sure to reinforce your dog’s decisions to avoid smelly thing by rewarding it with treats or a similar reward of choice, depending on your training methods.

Avoid Areas Where Your Dog Can Roll in Smelly Things