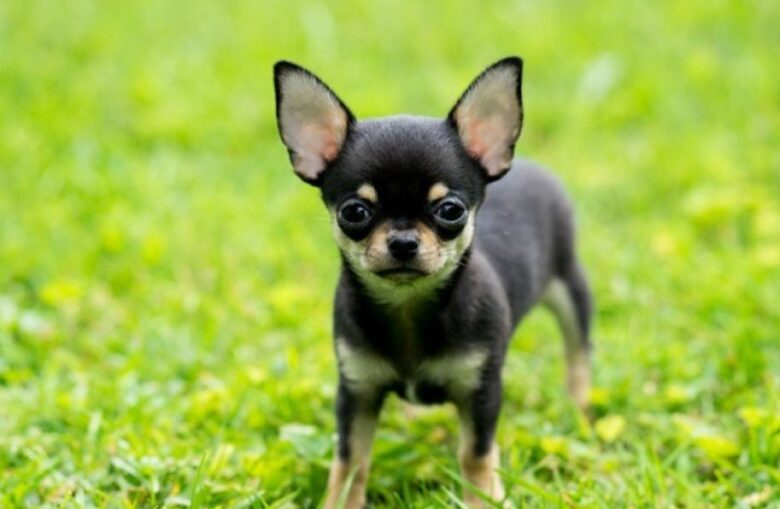 Cute and cuddly, tiny in stature with a great temperament, the Teacup Chihuahua is a dog that has taken the pet parent world by storm.

The Teacup Chihuahua has the designation of being the smallest dog breed globally, and that is no accident.

When a Teacup Chihuahua reaches full size in adulthood, it stands approximately six inches high. It weighs a hefty three pounds making it the only dog breed to achieve such tiny status.

As a companion pet, the Teacup Chihuahua is marketed using terms like a mini dog or a micro dog or teacup to enhance the breeder’s ability to increase demand and costs associated with obtaining one of these cute little dogs.

One thing to remember, the term coined teacup to identify the dog describes a Chihuahua that is smaller than dogs of the same breed. There are no standardization measurements to determine a Teacup Chihuahua and other Chihuahuas species.

The genesis of the Teacup Chihuahua

The dog received its nickname – Chihuahua – from a region in Mexico, and it said that the dog dates back to the ancient world.

Researchers claim that the dog has its roots in Toltec, a civilization active over 1000 years ago in Mexico. The community bred a larger dog named the Techichi. When the Aztecs discovered the dog, they used breeding techniques to create a much smaller and lighter weight Techichi.

Once the Spanish invaded Mexico, they decimated everything in their wake. Still, the little dog survived the onslaught and was discovered by Americans in the 1800s and named the dog after the region they were exploring.

The Chihuahua breed was first recognized and registered as a breed with the American Kennel Club in the early 1900s and became a popular breed of dog well into the 1940s and 1950s. The Teacup Chihuahua is a creation of science and breeding.

As a more recent arrival to the Chihuahua family, the Teacup Chihuahua is the ‘runt of the litter’ and has been used for breeding small dogs.

An ethical dilemma has shaken the dog-breeding world; breeding the smallest and least healthy animal of a litter sets up the dog for failure to survive as a breed.

The Teacup Chihuahua comes from the Chihuahua family and isn’t considered a hybrid breed. They have a similar disposition to a terrier, scamper about quickly, and come with a long-haired coat and a smooth short-haired coat.

The Teacup Chihuahua is considered a smart dog and is alert to their surroundings and activities – but an aggressive streak is a dominant character trait.

Vets tell us that health problems plague the breed, and some unscrupulous breeders don’t ask for health certificates before they engage in the breeding process. The cost of a purebred Teacup Chihuahua starts at $1200 and can range up to $10,000 for the dog of your dreams.

Soft spots on the skull

A Teacup Chihuahua has a reputation for being prickly – much like a terrier –, and they don’t know how small they are. Demonstrations of aggressive behavior toward humans and other dogs are a common personality trait exhibited.

The Teacup is a companion dog first and foremost, but that comes with a downside. It exhibits a ‘guardian’ type of behavior that leads them to growl and snap at anything that represents a threat, whether there is a threat or not.

A Teacup Chihuahua is a small dog but has a big bark. It may not ward off any intruders but will certainly alert a pet parent to any potential threat. On the flipside, incessant barking can be annoying for the pet parent and neighbors, should the dog be exercising its vocal cords.

One way to eliminate bad behavior is to have your dog mix with other dogs and people when they are small to reduce the chance of violent outbursts.

Once you have had your dog vaccinated, you can enroll them in puppy training classes to take the trigger out of their behavior. To keep in mind, you need to find a class with other small dogs due to the breed’s fragility.

Grooming for your Teacup Chihuahua

As a rule of thumb, a bath once per week is the benchmark, and you should brush long-haired dogs twice a week. Keeping up with nail trimming is an absolute necessity activity, as are regular trips to the dog dentist to keep your Chihuahua’s dental health in good stead.

The Chihuahua’s size means that you don’t need a big backyard for them to frolic and play in when they need to burn off some nervous energy. As we have mentioned throughout this article, a Chihuahua is a fragile dog and can’t be abused.

If they were to jump off the porch, they could break bones in their legs. When it comes time to exercise or walk the dog, tailor the activities accordingly.

Like most dogs, they are allergic to chocolate, and if they were to ingest even a tiny piece of chocolate, it could prove fatal. The Teacup Chihuahua is prone to poisoning, and it is incumbent on the pet parent to maintain vigilance when food is present. Feeding your dog high-quality dog food applicable for their age is essential.

Obesity is a challenge for the Teacup, and you must keep the treat to a minimum and under no circumstances should you feed them table scraps. We have mentioned dental issues in the past, so no sweet treats or food with a high degree of sugar or carbohydrates for the dog.

As an intelligent dog, it is alert to its surroundings, and Teacup Chihuahua will thrive on the training’s attention. When training the dog, you must reinforce that the human is the boss; otherwise, the dog will dominate you. It would be best if you resisted the urge to spoil your dog.

If you spoil them, they will grow up with bad habits, like a spoiled child, and display bad behavior. Potty training for a Teacup Chihuahua will be challenging. Small bladders and a limited capacity to hold their discharge will mean accidents and many backyard breaks.

A Teacup Chihuahua can be an excellent choice for a companion dog, and the small size appeals to apartment dwellers or people who want a low-maintenance dog. But the downside of pet parenting a Teacup Chihuahua is fraught with challenges, and it takes a special kind of person to be able to deal with their quirks.